Here's the photo split into its 3 YUV components:

The U and V are the color add-on data. Notice how they are 1/4 the size of the B/W image.

Obviously we need to start a video with an intra frame, also known as a key frame, so that we can build future inter frames based on it.

Unlike BMP's, we don't save VP9 images pixel-by-pixel in order. Instead, we divide the image on several levels. The first, highest level of division is into 64x64 superblocks. 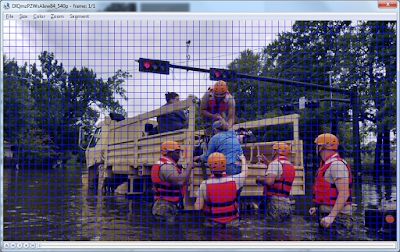 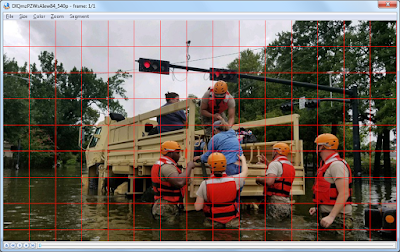 Each superblock is then optionally subdivided further. Here are some possible subdivisions: 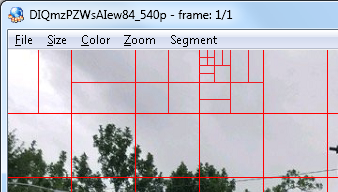 Notice what subdivisions are allowed. Shown from left to right, we can split a superblock:


After that, we can split the 32x32 blocks the same way or we could leave them alone. However, we may not further split one of the non-square sizes. Any non-square split is final in VP9. Also note that 4x4 is technically as small as we can get but things get messy at that size so for this tutorial we will not go smaller than 8x8.

This is just the first level of subdivision. The next level is the transform level and is more interesting.
Posted by Designing on a juicy cup at 4:16 PM