Yesterday my 2 LimeSDR Mini's arrived. Before I show its performance, let's see some unboxing photos. 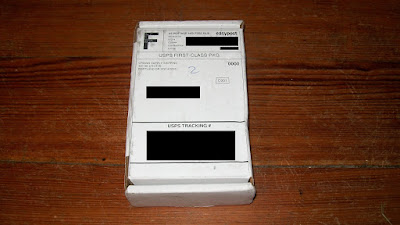 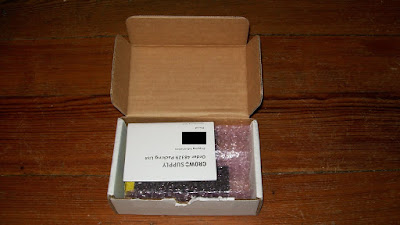 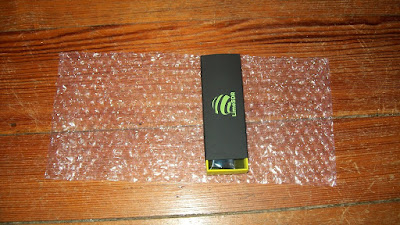 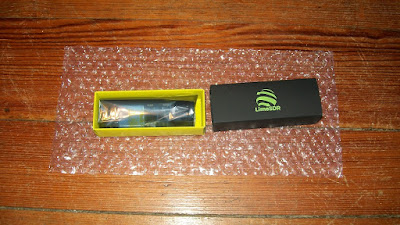 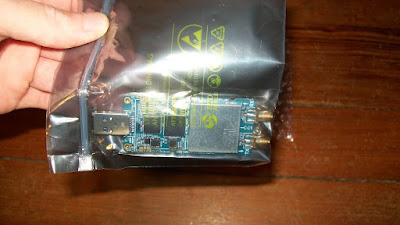 
The LimeSDR is not well documented. You can't just Google "limesdr mini drivers" and expect to find anything. After I put in a lot of trial and error, Jeff from LostCarrier.Online linked me a USB controller driver that somehow makes this work.

So to install the drivers, it looks like you need to start by installing PothosSDR. It won't install drivers, but it will provide a Start Menu link to something called Zadig. Use that to install a driver for your LimeSDR Mini. Then download the USB controller driver and have Device Manager update your LimeSDR with the new drivers. Windows should prefer the USB controller driver and quickly begin upgrading to it once you choose the Update Driver Software option.

This does not work for EXTIO-based programs like HDSDR. You'll need SDRConsole v3 to try your LimeSDR Mini. It has good support for receiving from a LimeSDR, but can't transmit even though there is a Transmit tab. Also, I heard somewhere that 20 MHz is the most bandwidth you can do over USB 2.

I have an NVidia GTX 750 Ti so SDRConsole can use CUDA to accelerate the FFT that generates the waterfall. Still, for me it stutters over 7.5 MHz.

One more thing: choose an antenna once your LimeSDR Mini is running in SDRConsole. I spent a few minutes troubleshooting the blank waterfall before realizing that no antenna was selected.

3 ATSC TV pilots (spikes) at once: 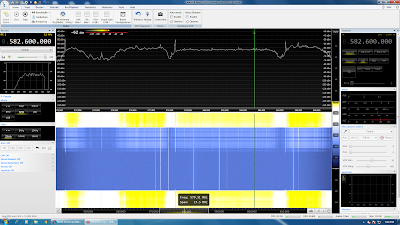 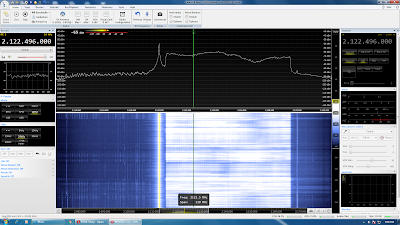 I couldn't get SDRAngel or Foobar2000 (with jocover's plugin) to transmit. I'm still trying to figure out how to transmit and when I do I'll write another post showing how to do it.
Posted by Designing on a juicy cup at 12:49 PM 2 comments:

Last night I heard a looping recorded message jamming AM transmissions on 80 meters. It was mixed in with other QSO's, but here's what I managed to get:

As I said, it was looping but one contestant seemed to think it was a live person. I think it was controlled by a live person, because I remember it following the contest when it went lower in the band, but it was looping, not to mention it was the exact same tone of voice each time. The real proof came during one cycle when it started stuttering like a slow computer. Everyone else's voice was fine, so it wasn't an issue on my end.

Here's a bit I managed to record.


Posted by Designing on a juicy cup at 12:39 PM No comments: